RTP is an abbreviation that every casino customer will encounter at least once in their lifetimes. Even if we say that it stands for “return to player”, you might probably still be confused. Don’t worry, as you are not the only one!

Also, you have come to the right place where we’ll explain all the aspects of RTP and what it means for you. It might sound complicated at first, but if you stick around, you’ll learn everything there is about this magical number.

What does RTP stand for? As mentioned, it stands for “return to player”. However, you probably need more information than that.

Now we’ll do our best to define the RTP. Return to player is usually expressed in percentage, for instance, an imaginary slot review might say “RTP: 96%”. And what does RTP mean? The percentage simply tells you how much money a certain game returns back to users in the form of winning. For every $100 wagered, the game will pay customers $96. But, does that mean you get a winning hand 96% of the time? Or that you will win $96 for every $100 you bet?

Not exactly. RTPs are calculated during a longer period of time, and with more hands played than you could place in a lifetime. Furthermore, keep in mind that not all hands bring you the same amount. In a way, higher wins compensate for the losses customers occasionally have to experience.

Does this mean you simply can’t win? Well, you can’t be winning all the time, that’s for sure. RTP doesn’t guarantee anything, but it can be a solid guideline when choosing which games to play, and which ones to avoid at all costs.

Why RTP is Important for Both Players and Casinos

Return to player is incredibly important to all parties involved in the betting process, and here’s why. Customers get attracted by high RTPs, as it gives them a higher chance of hitting that payline on a slot. Just think about it!

Would you rather spin a slot that has an RTP of 89% or the one that has an RTP of 98%? Casual users who focus on storyline, graphics, and music might neglect this important aspect of gaming, but for customers who plan to win – it is of crucial importance.

It is also important to mention that RTP helps you manage your money and time, thus contributing to more responsible gaming. By understanding the RTP, customers can easily adjust its style for that particular gaming session and avoid reckless and irresponsible gaming.

On the other hand, casinos also have some interest in displaying return to player properly. By providing accurate and precise information, they attract the right crowd to the website. Even though it is not as relevant for the operators as the house edge, it still gives them a solid perspective on what to expect in terms of revenue.

A portfolio filled with high and reliable RTPs is far more relevant for attracting customers than the one that hides and manipulates such important figures.

How to Calculate RTP?

This is not a math class, and we won’t act like it is. Still, we honestly believe you should get familiar with how the return to player is calculated. That way, you can understand the games you enjoy, and not only mindlessly click those buttons hoping for a miracle to happen.

The formula goes as follows: a total of winnings made by players, divided by the amount wagered. Considering some customers will win more often, and others will lose, it is important to know how to provide an objective return to player, companies use special algorithms.

Some of them are even AI-based. Algorithms test slots and other games by placing thousands and thousands, if not millions of hands. This leaves no room for statistical mistakes. If you would calculate the number on your own, you could never make so many spins so the number would probably be far off from what it is.

For instance, you could win only $50 for $100 wagered, but someone else might be hitting paylines worth thousands and thousands, or even hit some jackpots after playing just $10. The algorithm can process thousands of hands within seconds, and thus deliver more reliable data and accurate numbers.

Difference Between RTP and House Edge

By now you are probably wondering if the RTP is the same thing as house edge. This means, if you have a 96% chance of getting some of the spent money back, the company must be having a 4% chance. If only things were that simple.

Theoretically, yes – the house in this case has a 4% edge. The return to player and house edge can be seen as two sides of the same coin. But keep in mind that you generate winnings only from the hands you place, while casinos serve thousands and thousands of customers each day. This means the house edge might be significantly lower, but it is reached more frequently.

That is why it may seem to you things aren’t really as transparent and as simple as everyone claims them to be. However, numbers don’t lie. It’s all about how you perceive them – the company caters to the needs of thousands of customers. Some will win, and some will lose, thus generating profit for the casino. Meanwhile, you can only win for yourself.

So, as always, it is important to put things into perspective and keep a cool head. Remember, gambling should always be about having fun, and not a source of steady income!

Connections of RTP and Variance in Slots

One more term that is often used in the same way as a return to player is variance. Despite that, those two are not the same thing. Now, let’s explain what the difference is all about. As already mentioned the return to the player shows you potential winnings based on the amount wagered. Variance, however, shows you a chance of hitting that payline. Allow us to explain!

First of all, know that volatility and variance mean the same thing. They are the numbers that show you short-term rewards you can expect from a certain title. While the RTP is expressed in percentages, volatility is usually rated from 1 to 5.

Some casinos might use chili peppers, others stars, dots, or just plain numbers. There is no uniform sign for variance. Operators simply choose the ones that fit the overall style of the platform. And now to explain the variance!

A high variance game is a game that supports big wins, but they will only happen occasionally. Essentially, you’ll lose more often than win, but when you hit that payline, you’ll win a significant amount. Of course, keep in mind that the bigger the stake, the bigger the win.

A low variance game is a game where you hit paylines more often, but the wins are far smaller. Most low variance games feature fewer symbols on the board, so you have higher chances to trigger a payout. They are ideal for casual users who just wanna have some fun.

Even though the return to player and variance are two different metrics they are both incredibly important. They help users understand what to expect. to help you understand, we created three scenarios!

RTP and RNG in Casinos

There is one more expression that confuses the hell out of customers. It’s RNG, and it has (almost) nothing to do with the return to player. You already know that the RTP is the percentage returned to players. RNG is more like its sneaky cousin.

RNG or random number generator is an algorithm that makes sure all outcomes on all games are truly random, not manipulated, fixed, or rigged in any way. It provides consistency, by making sure every customer gets a chance for winning by dispersing different combinations all across the network. And by that, it supports the return to player.

RNGs are never visible, nor can they be represented in exact numbers. They are simply part of the system. Imagine a casino as an apartment building, and every gamer is living in one apartment.

RNG is like a water pipe making sure all customers get the same amount of water. The total amount of water will, however, depend on the type of faucet, the valves, and the overall setup in your bathroom and kitchen. That is the return to player.

This doesn’t mean you have to change your gaming habits, but it would be wise to consider different variants of your favorite games. In this part of the article, we will introduce you to RTPs of different games and provide some general information about every game.

Roulette is one of the most dynamic and most popular games.

Nevertheless, it is also the one with the most complicated RTP. why?

Because there are so many variants, and so many types of bets you can place, it is impossible to calculate just one RTP and call it a day. This is why we bring you the theoretical RTP, depending on the type.

The return to player on a specific hand can vary from 92.11% in American roulette (five-line bet) to 97.30% in French variant (all bets). Choose wisely!

Blackjack is a beloved game not only because it’s so fun, but also because it has the highest RTP.

A combination of game of chance and game of skill, it provides you with plentiful opportunities to beat the house.

In this table, we won’t deliver any RTP on specific hands. After all, there are so many books that did an amazing job at it.

We will provide basic RTP on different variants.

There are more slots than stars in the sky, so it is impossible to list them all. Still, keep in mind that slots are considered to be games with a relatively low RTP, especially compared to blackjack. Regardless of that, attractive features and multipliers that trigger big wins make them insanely popular. Here are some of the most popular slots!

Live games are the same as the ones you would enjoy at land-based venues.

This also means the RTP for most games is no different than usual.

Blackjack and roulette tables will offer you the same RTP as the ones we already listed.

It is important to know there are also some games that can’t be played at real-life venues.

Game shows are insanely popular, and available only online, so we bring you RTPs of the most popular shows, as well as some other games.

1️⃣ Why do different casinos have different RTP on the same game?

The reason for this is simple – not all casinos use the same RNG technology, so the return to player percentage can slightly vary.

2️⃣ Where can I find a return to the player on every game?

It should be available on the casino website if you click the info button available next to each game. Alternatively, visit the provider’s site to find out more.

3️⃣ Can I win even if the RTP is low?

Yes, you can, because percentages are only theoretical. After all, we see customers winning every day! There are no guarantees when it comes to gambling, and all numbers are calculated based on high volumes.

4️⃣ What is more important – return to player or volatility? 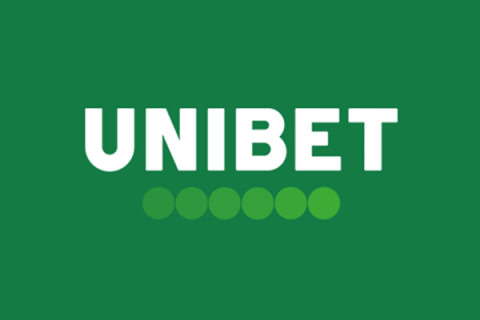